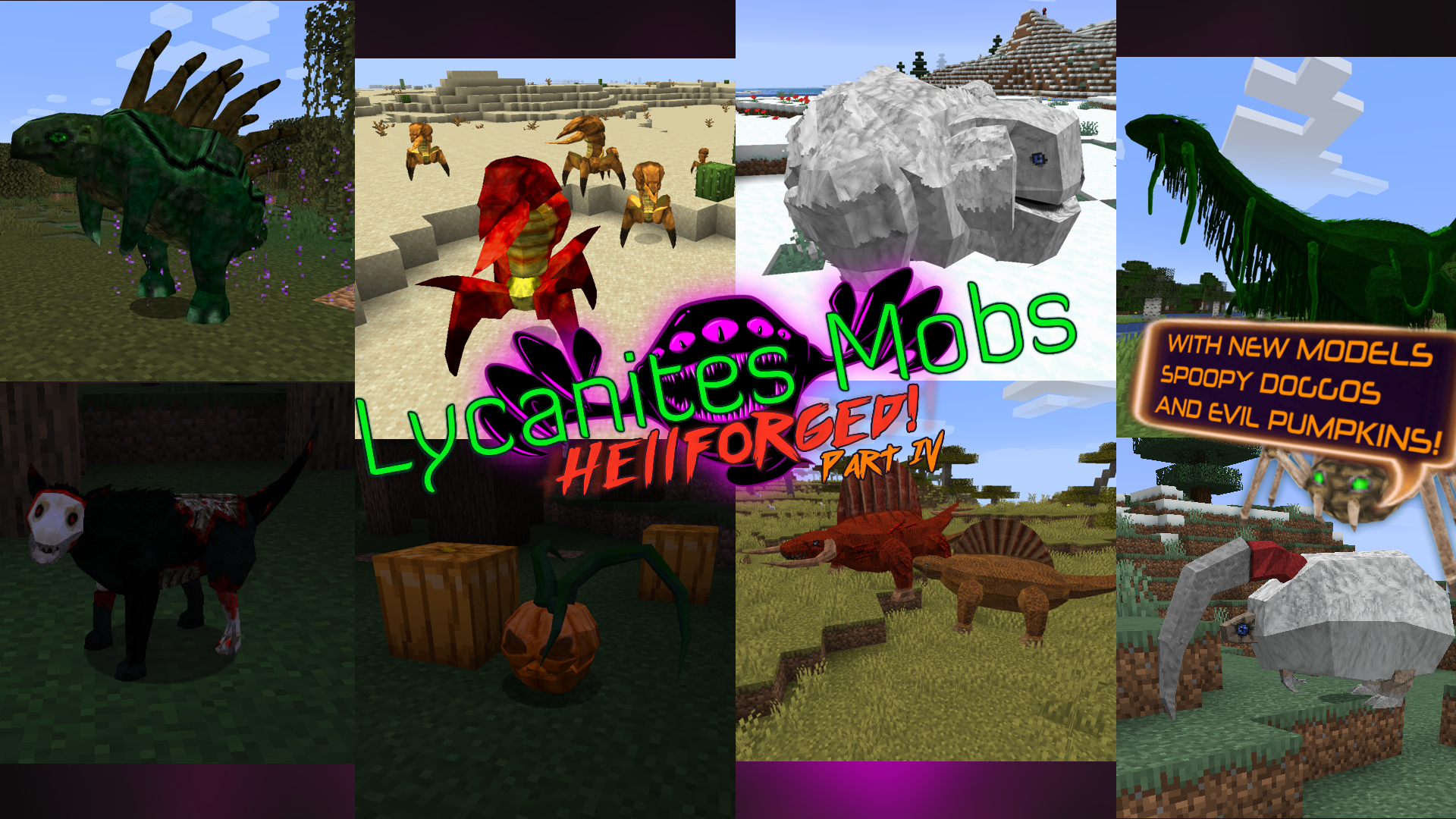 Added Creature Type Saddles crafted from vanilla saddles, these can stack but will make getting the correct saddle a little more challenging.

A Guilded.gg link has been added to the Beastiary.

A Card Game link for Shard TCG has been added to the Beastiary.

Fixed a crash caused by laser projectiles in some cases.

Fixed a crashed when parsing certain configs when the client is set to certain languages.

Significant changes have been made to Creature, Spawner and Item json configs. You will need to delete your config/lycanitesmobs folder or manually remove old json configs and update any edited ones.

Yetis and Manticores have been removed and replaced with new mobs, these mobs will return in the future but in new and improved forms.

Deinoyus have been renamed to Stryder.

Jousts have had their name spelling changed to Jouste with an 'e' added.

Several item descriptions have been updated.

Area harvesting with Equipment will no longer mass destroy blocks that have Block Entities like Chests, Furnaces, etc.

The Asmodeus boss fight has been improved and is now more difficult due to a new hitscan attack and minion changes.

Behemophets are now significantly more powerful but also a little rarer, they can now melee attack, pick up and throw their victims!

Mobs spawned from Lava, Acid, Poison and Ooze will no longer drop items unless they are dealt player damage in some form.

Several Equipment Parts have been rebalanced.

Amalgalich's Arena can now only be summoned in the overworld and at least 500 blocks away from world spawn.

Rahovart's Arena can now only be summoned in the Nether.

Asmodeus's Arena can now only be summoned in the End and at least 500 blocks away from the exit portal.

Several item drops from mobs have been fixed since the update from older Minecraft versions.

Fixed the audio clipping of the Arcane Laser Storm projectile.

Perched pets will no longer block vanilla projectiles like arrows.

Fixed the offset of blocks that are destroyed around certain mobs when they spawn such as Geonachs.

A distance check is now performed when access containers like the Summoning Pedestal this prevents an item duplication exploit.

Fixed Sharpness and Mana sometimes being infinite with Equipment.

Improved mod compatibility for the ore and gem spawners (Geonach and Vapula).