Shard TCG is a Trading Card Game featuring many creatures from Lycanite's Mobs! However some mobs in Lycanite's Mobs came from the card game first and many more will follow, in this video Datazyt the main artist and co-designer of Shard TCG speculates on what could be coming to Minecraft next! 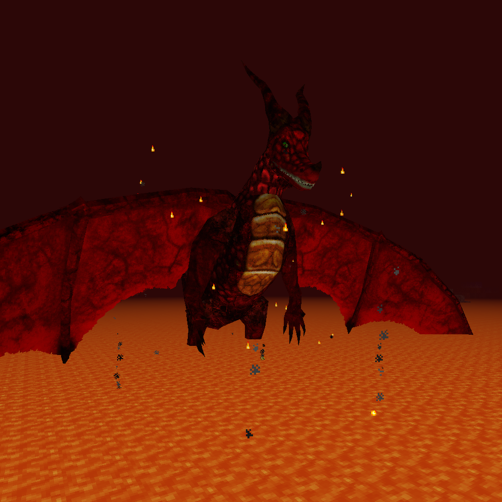 Implemented new VBO based entity rendering for significant FPS boosts of easily 10X! Massive thanks to Meldexun for contribution this update.

Fixed Skylus shooting off into space and lagging the game.

Fixed many Equipment Parts not being craftable down into charge items.

Fixed mob events and some spawners failing to spawn mobs on snow layers.

Some Equipment Parts now fire a project on primary/secondary instead of secondary/primary for better usage such as shears.

Minions from Summoning Pedestals no longer count as player damage preventing certain mobs from dropping items unless a player deals damage themselves.

Fixed Portals from Summoning Pedestals not closing when out of fuel.

Soulstone drops from dungeon bosses are no longer affected by looting bonuses.

Added new config option to add block protection in proximity around entities by their entity id.

The mix spawner (Xaphan spawner) now only triggers when a lava source is turned into obsidian and no longer uses block ticks, etc to calculate this to prevent exploits.

Several block changing effects from altars to hive building will no longer affect blocks with a tile entity.

Blocking with a shield no longer grants full immunity to projectiles however due to a 1.12.2 bug, blocking fast moving projectiles such as Reiver attacks isn't 100% effective, this is fixed in newer versions of minecraft.

Tamed creatures can no longer give knowledge.

2.3.3.2 has had some weird issues but only from some players (I cannot recreate the problem with a fresh install). I'm hoping that uploading a newer version will help and that it could potentially be a file upload/download issue.

If you find most mobs, equipment, spawning, etc missing please report this bug along with your version of the mod, forge version and whether or not you're playing on a server.

All mobs display their name when looking at them up close. This issue will be fixed next update.

Overhauled a lot of text to be more translator friendly.

Vespids will now become persistent if their master target (Queen) is.

Wargs now apply paralysis when leaping again and only their other effects on attacking.

Fixed the healing rate of bosses when no players are near them.

Reduced the sapwn rate of the Chorus Spawner (Wraamon from Chorus plants in the End).

Improved the Mix Spawner (Xaphan Lava and Water Spawner) to use fluid block palce events where a source block has to be consumed, this prevents exploits using pistons, etc.

Fixed pets/minions set to Aggressive only attacking passive mobs after their owner has once.

A fantastic video that covers EVERYTHING that Lycanite's Mobs has to offer as of this date!