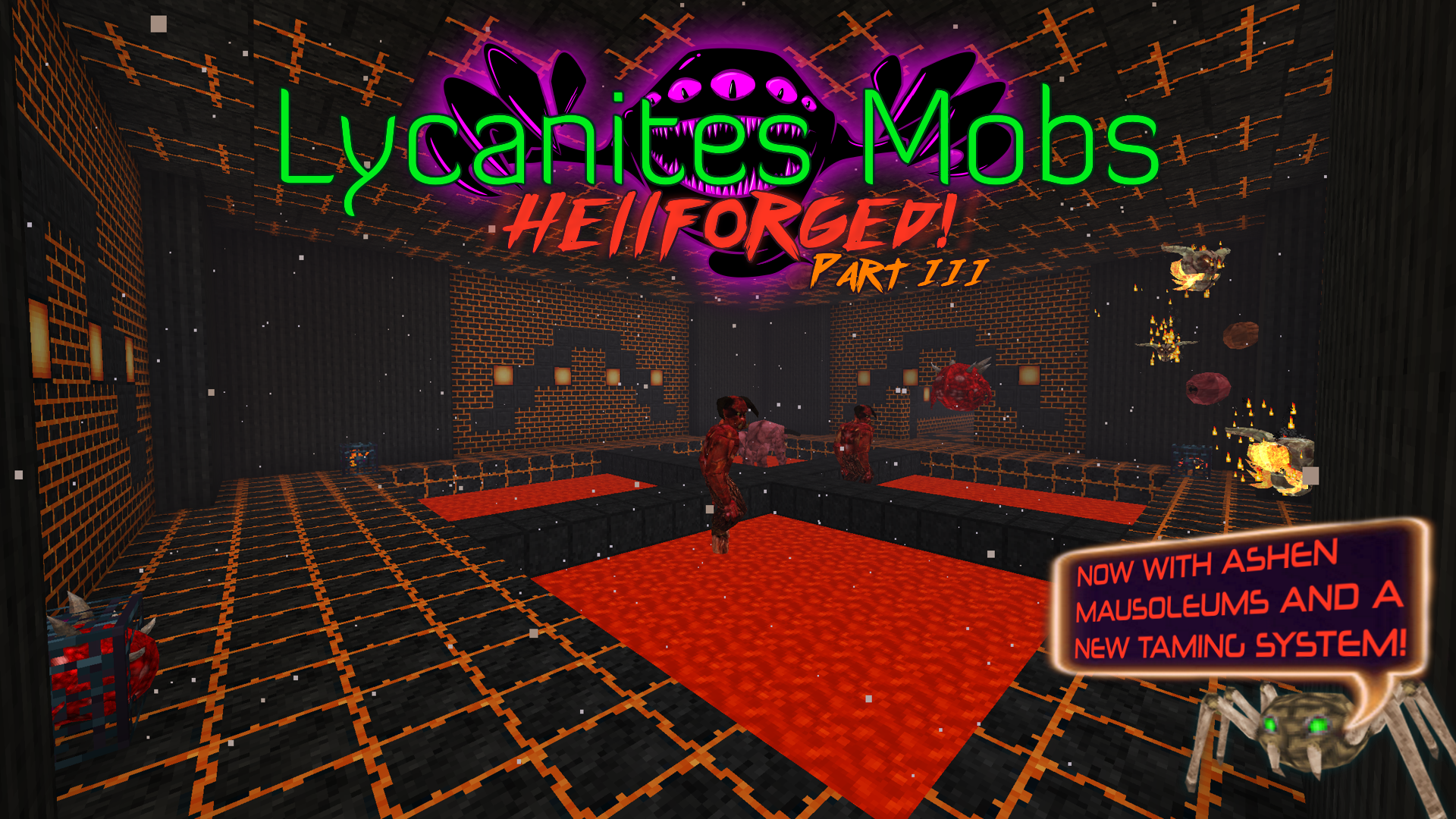 New Taming System! Each creature requires a varying amount of Reputation to tame. Feeding creatures a treat item will increase the reputation by 50-100 randomly. When you start taming a creature, a Taming Bar will appear when you look at the creature.

When half way tamed, the taming bar will turn green and the creature will become friendly where it will no longer attack you on sight. It may still attack back or be encouraged by fellow pack members to attack still though so be careful!

At 100% reputation the creature will become tamed.

I plan on expanding this system in the future by adding new ways to increase reputation and the temporary taming of powerful rare creatures.

Fixed the maximum mob health override allowing mobs such as bosses to once again have health higher than the vanilla limit of 1024.

Overhauled the loot tables of each dungeon.

The dungeon crystal light blocks now all have a subtle animation.

Asmodeus now has a deadly hitscan attack, be sure to take cover where it starts firing it's gatling gun!

Drastically reduced the spawn rate of mobs in the Nether and The End.

Gekens no longer apply Levitation and Poison, instead they attack twice as fast.

Fixed dungeon generation issue where some terrain would break into the dungeon such as in the Basalt Deltas.

Fixed a bug where several items were limited to a stack size of 1.

Lacedon will once again apply the Weight debuff to drag you down to the depths!

Fixed the projectile offset and aiming of Ignibus.

Fixed the attacking texture overlay of Asmodeus Variants, this may also fix texture issues with other mob variants that use overlays like this.