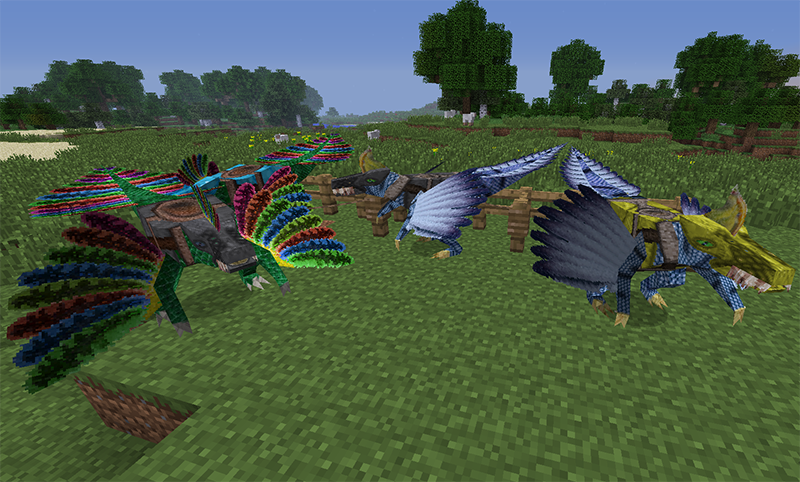 Raptors are large bird-like creatures with the ability to glide and jump great distances, both of them spawn at night but will stick around through the day so beware as they are very hostile towards players, villagers and yummy animals!

They can be tamed and then healed with any cooked meat (this will change later) and once given a saddle, they can be used as very fast mounts, they both have similar mount abilities:

The Ventoraptor can leap across far distances at a great speed.

The Uvaraptor isn't as fast as the Ventoraptor and won't glide as far forwards however it can jump upwards extremely high.

Added a new config feature called Spawn Chance, each mob can be given a chance from 0-100 where 100 will allow the mob to spawn as usual (using spawn rates, etc) and 0 will prevent the mob from naturally spawning. Using a value between 0 and 100 wll give it a percent change to spawn, for example, setting it to 80 wi