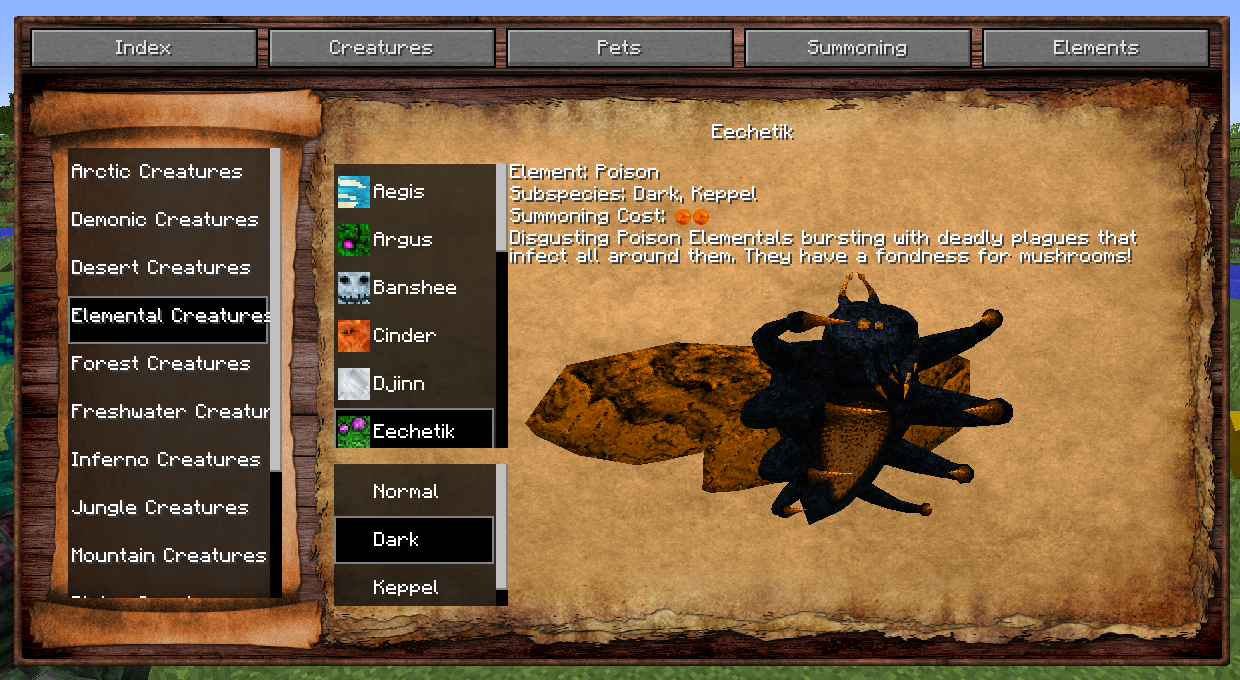 A brand new Beastiary has been added!

Subspecies and sounds can now be viewed in the Beastiary Creature List.

Summoned Minions can now be set to subspecies.

More Beastiary features are also planned, included the Elements page and much, much more!

Pets in Defensive stance will no longer attack what their owner attacks, they will only attack anything that attacks their owner.

Creatures can now have multiple elements.

Fixed a bug where any mob with pet AI had its health reset when it was unloaded.

Fixed a but with Mob Events where mobs spawned by an event were losing track of their event breaking event based behaviour such as the Roa during the Sharknado event.

Added a new config option to change the minimum space in chunks between dungeons.

The Creature JSON "element" property can optionally be repalced with "elements" provding a list of elements instead.

Kobold are now order and chaos element (but apply no debuffs).

Roa whirlpools during the Sharknado event no longer checks if targets are on land or not.